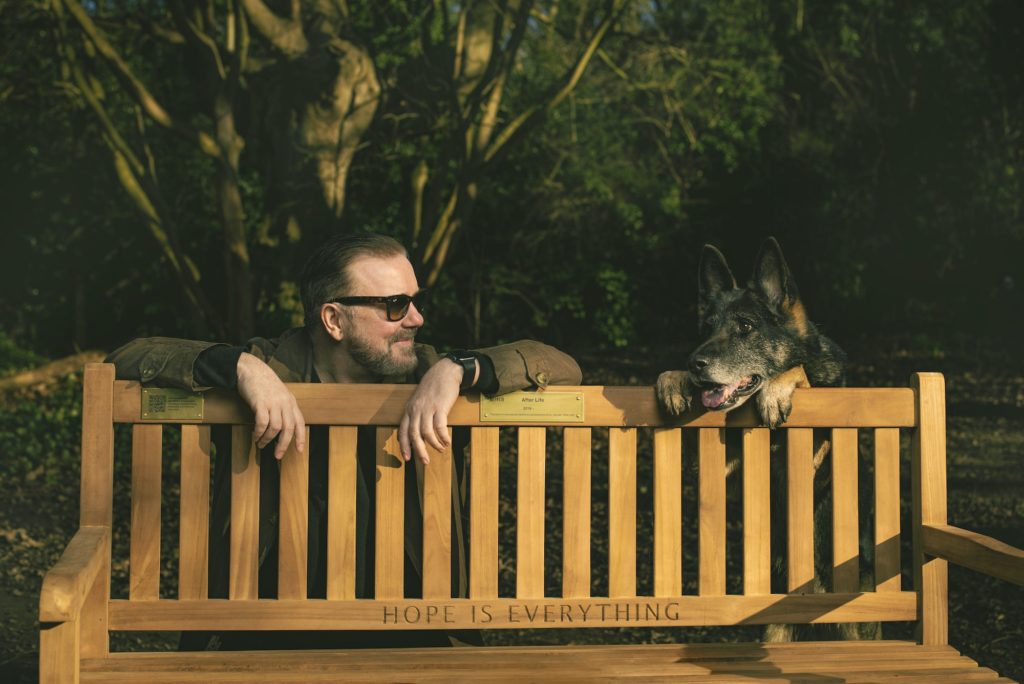 Created by agency Made By Blah to promote the final series of Ricky Gervais’ After Life, the benches aim to offer places for reflection and remembrance

Netflix joined forces with suicide prevention charity Campaign Against Living Miserably (CALM) for the campaign, which makes reference to a recurring scene across all three seasons of After Life – the park bench.

Benches have long been places of commemoration in the UK and play an integral part in After Life, which follows the story of Tony Johnson, played by Gervais, who is left grief-stricken after his wife dies from cancer.

Twenty-five permanent benches have been installed across the UK for the campaign, with each one inscribed with a quote from the show – Hope is Everything. A plaque on the bench also states: ‘This bench is donated by Netflix to commemorate Ricky Gervais’ After Life.’

“Instead of doing an ad, we wanted to build a lasting and authentic legacy for After Life,” says Oli Cole, ECD at Made By Blah. “Our ambition is to get the nation to talk about the theme of hope by creating inviting places where people can connect with others.”

Those who visit a bench are able to access resources from CALM via a unique QR code with the wording ‘Life can be tough, but there’s always hope. Campaign Against Living Miserably (CALM) is by your side.’

“Park benches provide opportunities to reflect, talk to someone, sit shoulder to shoulder with someone and get things off your chest,” says Simon Gunning, CEO, CALM. “That is why we’re delighted to team up with Netflix to put benches in parks across the country – to help people have those conversations and to show it’s normal to have those feelings.”